This article explains accuracy claims by various GNSS/GPS receiver manufacturers, including how to directly compare and evaluate those claims.

Over time, any stationary GNSS/GPS receiver will plot multiple positions for a given point. This happens because of errors caused by variables in the satellites, the surrounding physical environment, and the ionosphere.

Modern geospatial technology has made huge progress in correcting for those errors, but a receiver’s real-time accuracy is dependent on its ability to process those corrections. The points plotted by a stationary receiver eventually form a scatter plot like the ones below: 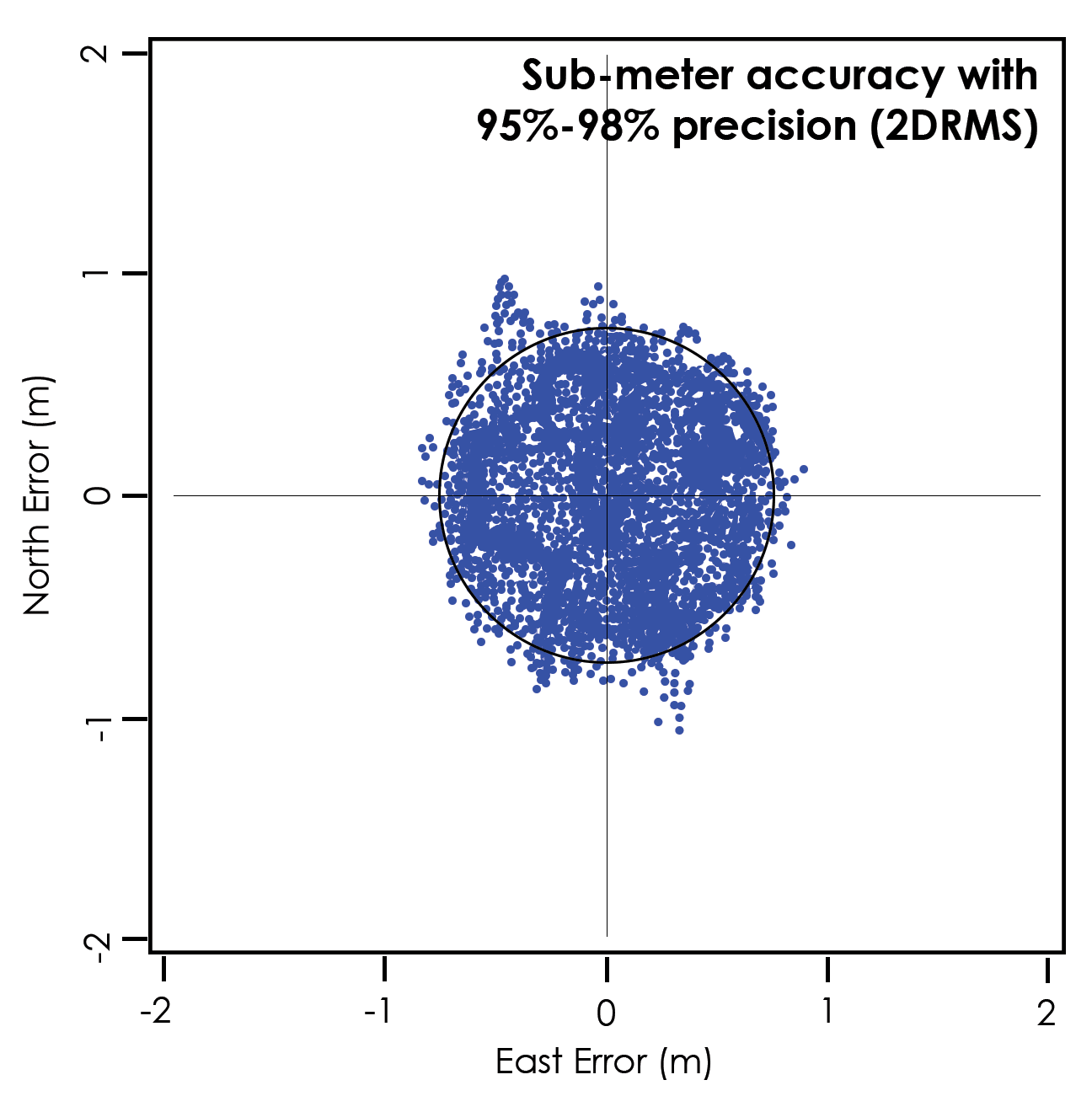 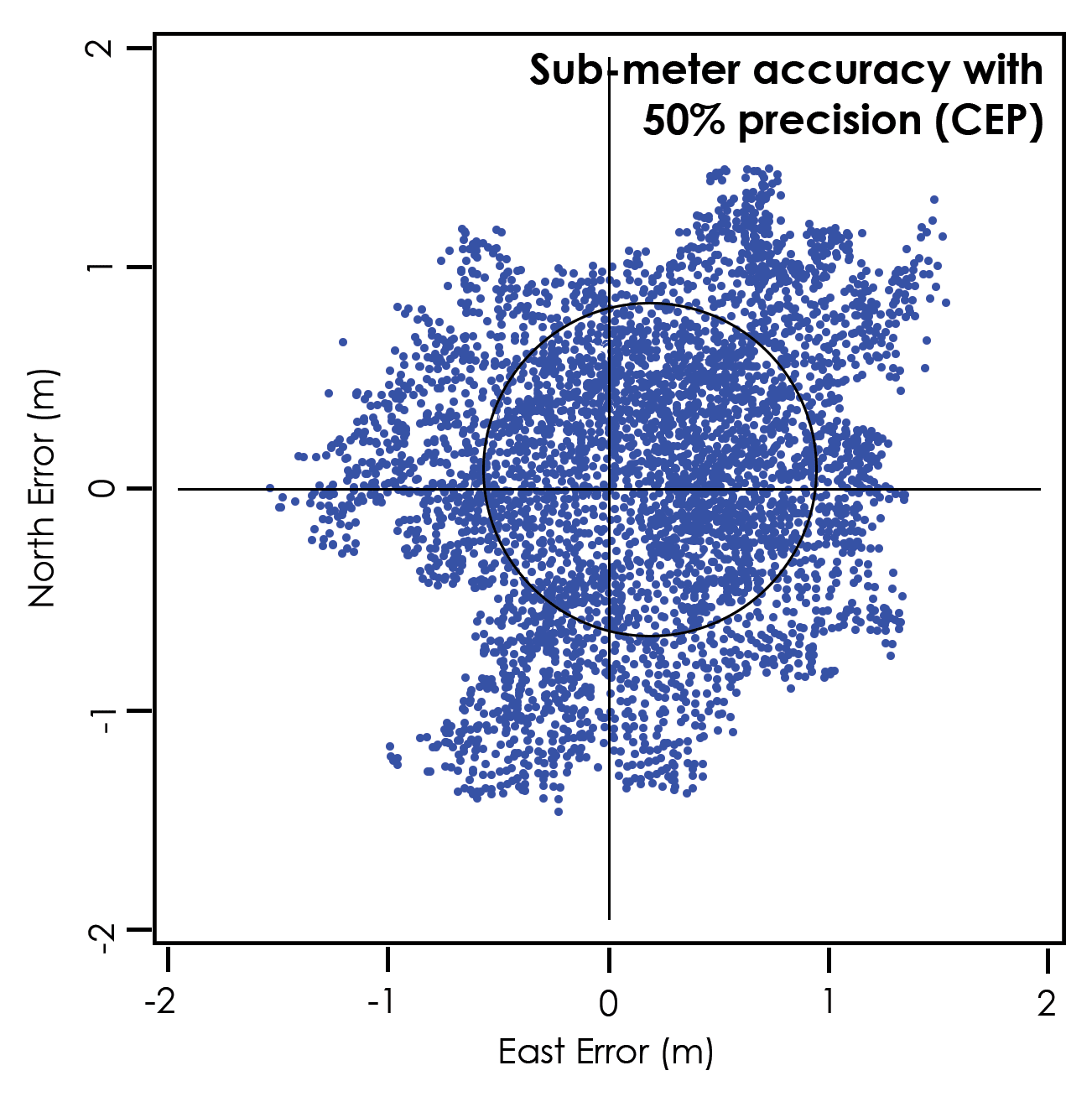 It is helpful to differentiate between accuracy and precision in these images.

Precision is calculated using industry-standard statistical analyses, shown in the table below:

Knowing the statistical method used to derive accuracy and precision still may not be enough to make a direct comparison between GNSS/GPS receivers. Testing criteria can also affect results. Manufacturers may compare test results to averaged coordinates of previously collected data points, certified surveyed coordinates of a physical marker, or some other reference. It depends on the test criteria of the manufacturer.

The test criteria for the Hemisphere GNSS receivers (such as the OEM P206 Receiver in the Geode, or the XF101 Receiver for the original Archer) is found on page 5 of the Hemisphere GNSS Technical Reference Manual. Guidelines for evaluating the performance of a receiver are described starting on page 39 of the same manual.

This estimate is based on general observation of several different receivers, not thorough testing of any one receiver.

When comparing location information from different sources (such as comparing a GPS receiver to a survey marker), it is important to account for the datum, coordinate system, projection, and other factors. The following web pages offer more details:

For more information about the accuracy of the US government’s Global Positioning System (GPS), visit GPS Accuracy.